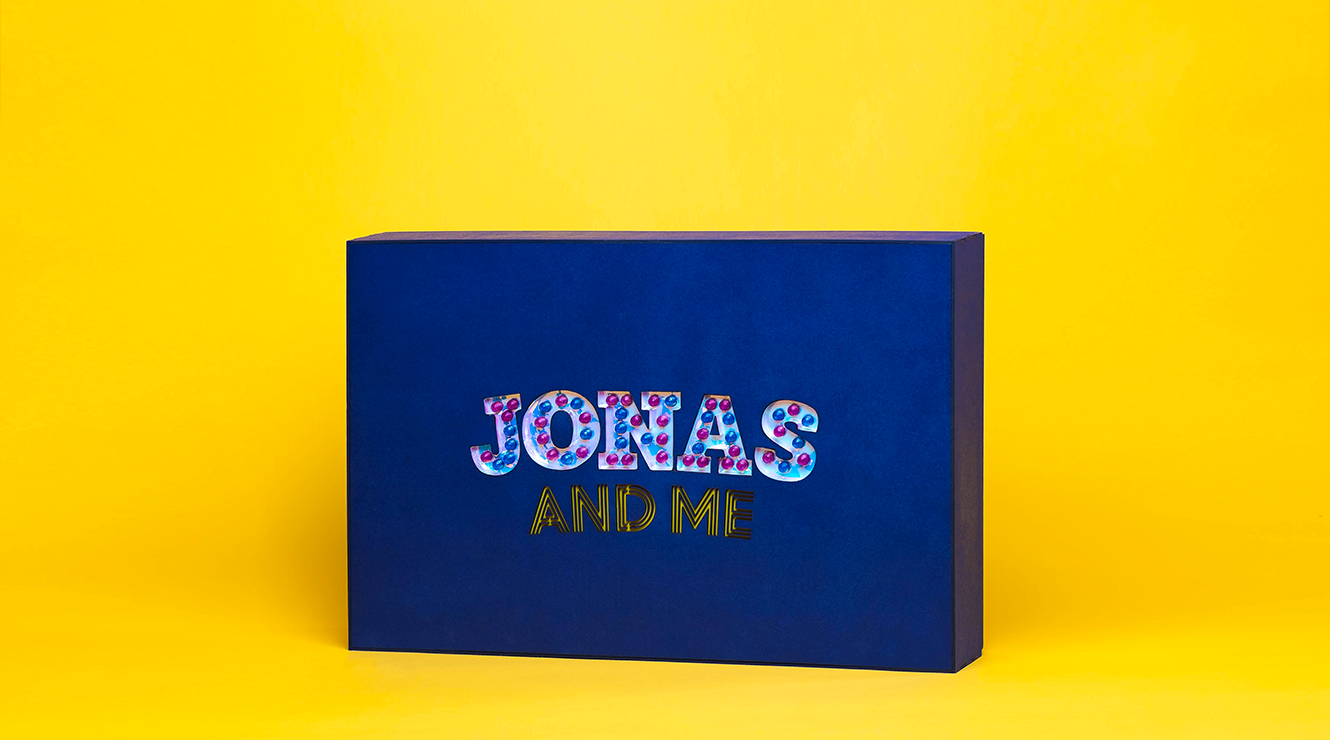 "Jonas and Me" is an animated film project from On Entertainment Studios. This film features a mechanical shark in the world of amusement parks.
The presentation folder already designed, the client wanted to find an original idea to promote the pitch and the universe of film to film professionals.

To meet this demand, we made a bet: to make a unique object, a box made to measure, completely handmade, to contain the beginnings of this animated film.
This box would be bright as the signs of amusement parks. Equipped with a motion sensor it would light up only when taken in hand. Its design would be the exact logo of the film but without any artifices of impressions ....

On Entertainment accepted this crazy idea and we went together even further: it is not one but seven handmade boxes that we realized! 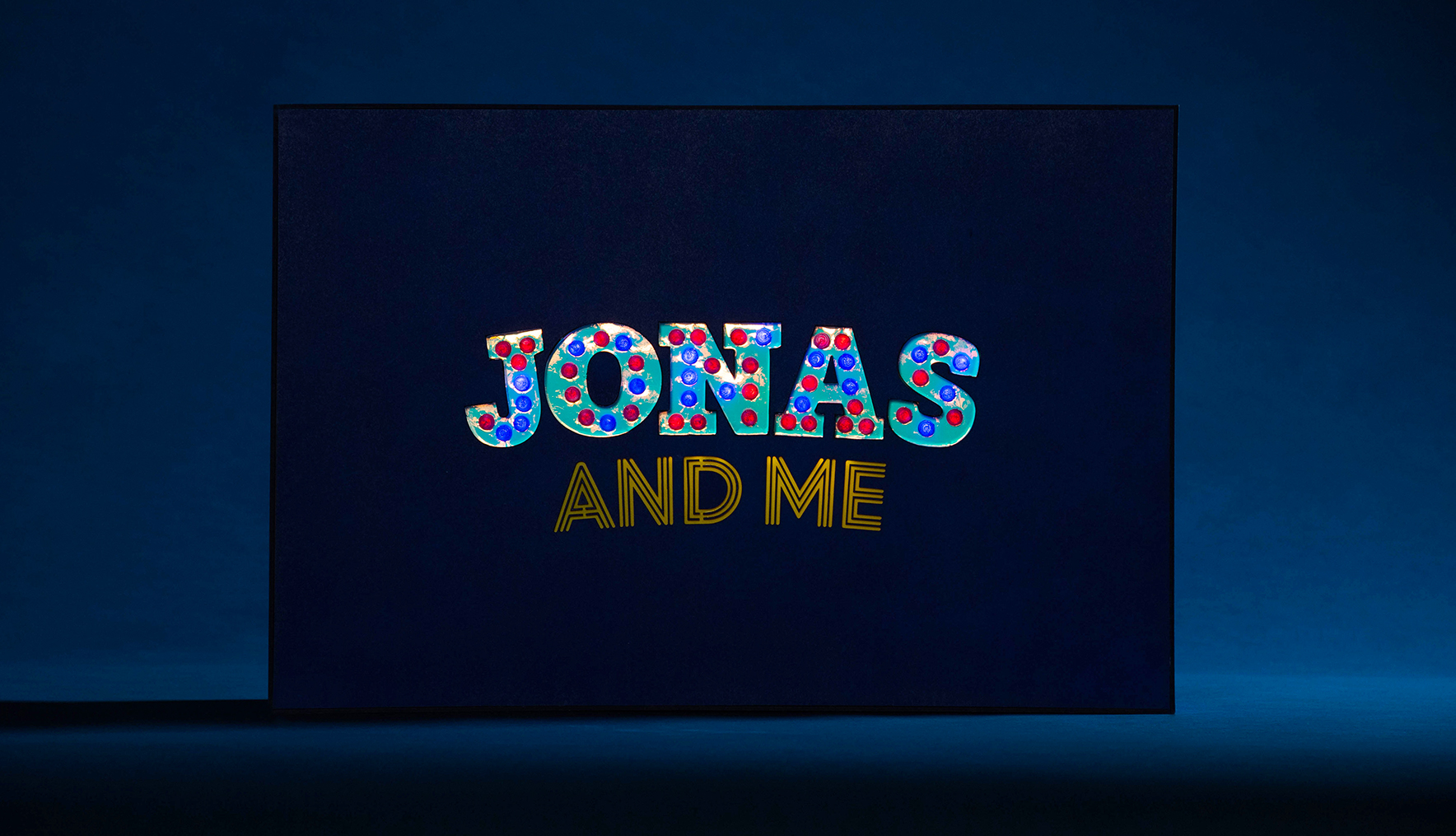 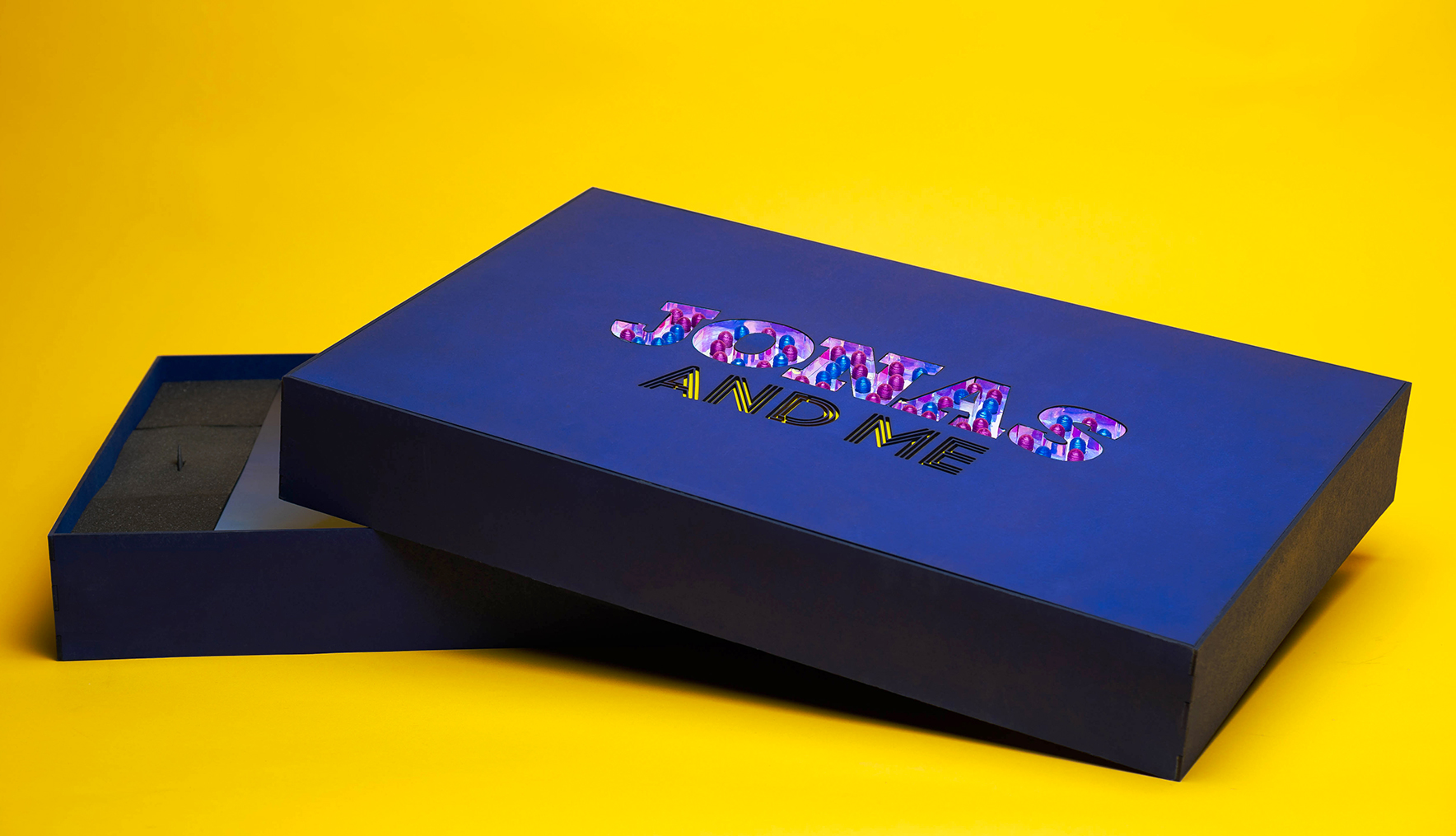 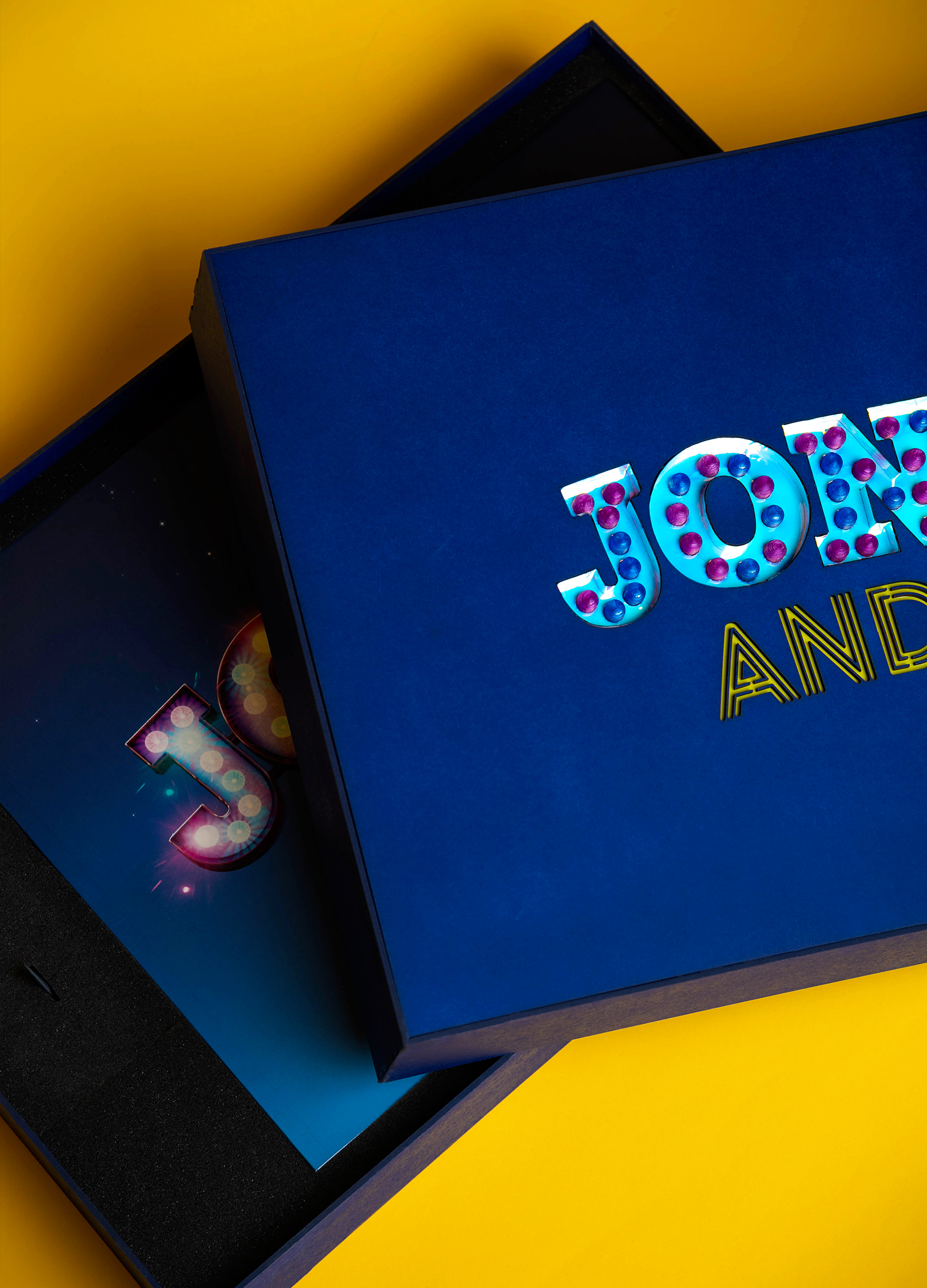 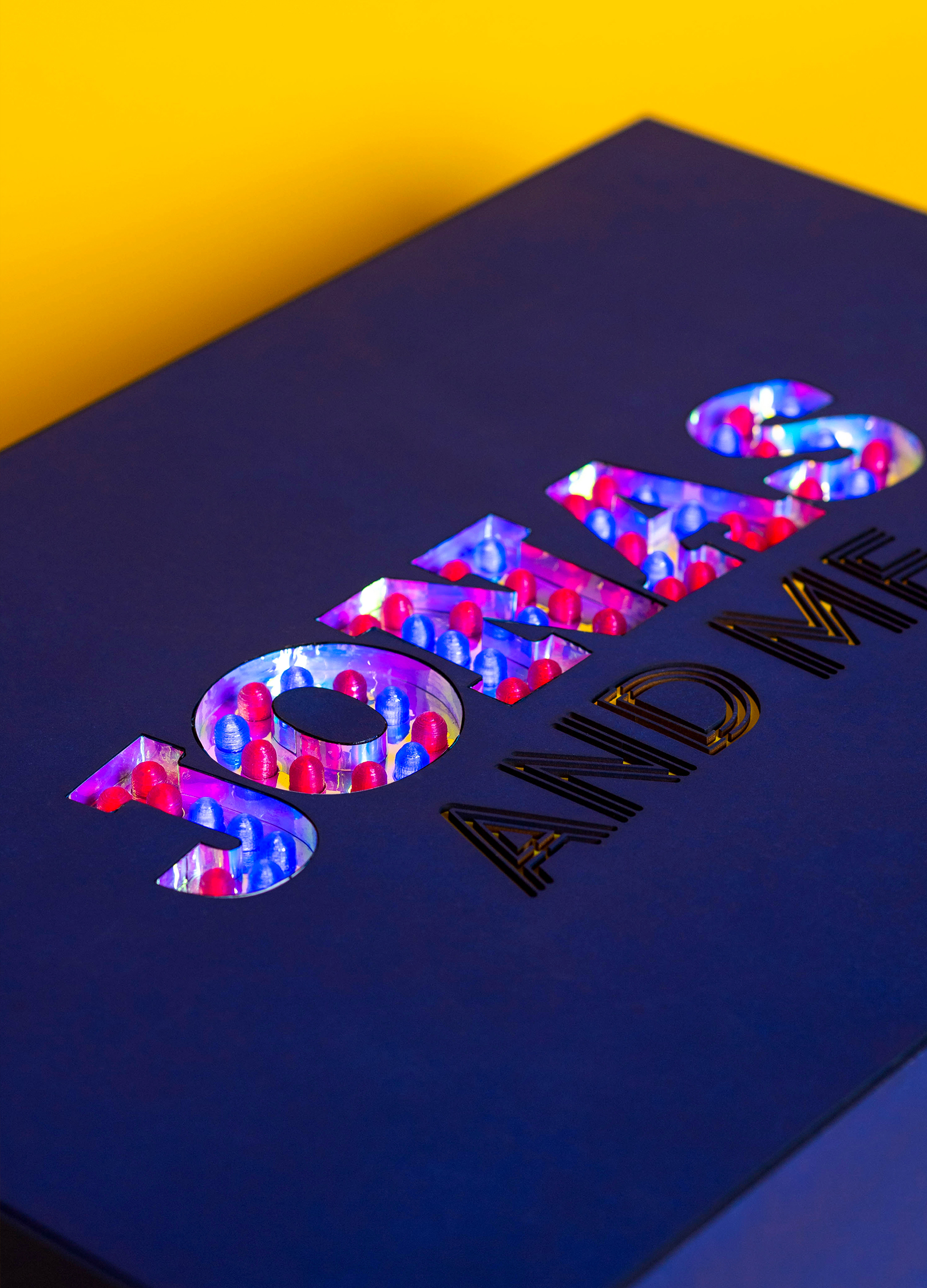